– Advertisement – The move was widely criticised and inspired fundraisers, while Arsenal midfielder Mesut Ozil offered to pay Quy’s wages in full.Gunnersaurus tweeted a picture of himself on Tuesday at Arsenal’s home ground, and wrote: “Back at Emirates Stadium today”.The post received over 40,000 likes less than an hour after being posted, with many fans appearing to believe the mascot itself had been set not to return and welcoming him back.- Advertisement – Ozil responded: “Happy to see you back where you belong.”An Arsenal spokesperson said: “As we’ve always said Gunnersaurus is an important part of Arsenal and a popular figure for our fans around the world.“Gunner never went away but due to the virus restrictions there have been limited opportunities for him to appear in public.”- Advertisement – 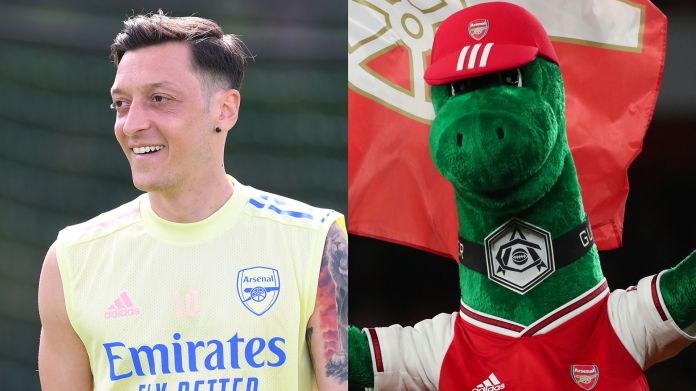 Arsenal’s mascot Gunnersaurus is back at the Emirates – but it is unclear who is now playing the popular dinosaur mascot.Jerry Quy has portrayed Gunnersaurus for the past 27 years, but was reportedly made redundant as part of a job-cutting scheme implemented by Arsenal in the summer.- Advertisement –